The Psychological Toll of Being Underrepresented in Tech

The Psychological Toll of Being Underrepresented in Tech

A “Unicorn.” This is how Gail* describes herself. “I was groomed for this type of work.”

Gail’s parents were in tech long before tech was a thing. She describes that her mother and father made sure she was “well-spoken” and highly educated. She now works as a Data Infrastructure Engineer at a hot startup in San Francisco.

She is also African-American.

Gail remembers being three years old and overhearing her parents discussing their frustrations about the ‘crazy’ things happening at work – craziness that her parents ascribed to racial differences. When they highlighted race as a contributing factor, Gail – still a toddler – asked, “Why does that matter?”

Gail’s parents shared “knowing glances” but did not answer her question. “As I got older I realized they didn’t want to bias me in ‘the new world’ with their prior experiences and beliefs. They wanted me to be able to trust people and not be cynical because they knew that was the price of admission in corporate America.” 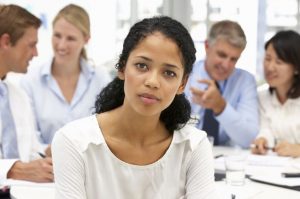 As one of the rare biracial therapists in San Francisco, I wasn’t practicing long before the under-represented in tech began to seek me out. I became curious about the unique challenges faced by people of color who are determined to enter a world that has been largely devoid of… well… Read On at Psyched Magazine!